A few important things to remember:

We couldn’t have said it any better than Senator Lindsey Graham: “Rick Scott ‘won the election fair and square’”

“He won the election fair and square,” Graham said, using the past tense in a conference call with reporters arranged by Scott’s campaign.

“Liberal Democrats in the 2018 cycle have had a disturbing pattern of trying to get outcomes and the law be damned,” Graham said. “When it came to Judge Kavanaugh, they turned the rules upside down.”

You can read that story from the Tampa Bay Times here.

This morning, Senator-Elect Scott will be joining Chris Wallace on Fox News Sunday.Check your local listings.

In case you missed it, Senator-Elect Scott joined Dana Perino on Friday to discuss the ongoing disputes and voting problems in Broward and Palm Beach County. You can see that interview here:

Tweets of the day, from Saturday: 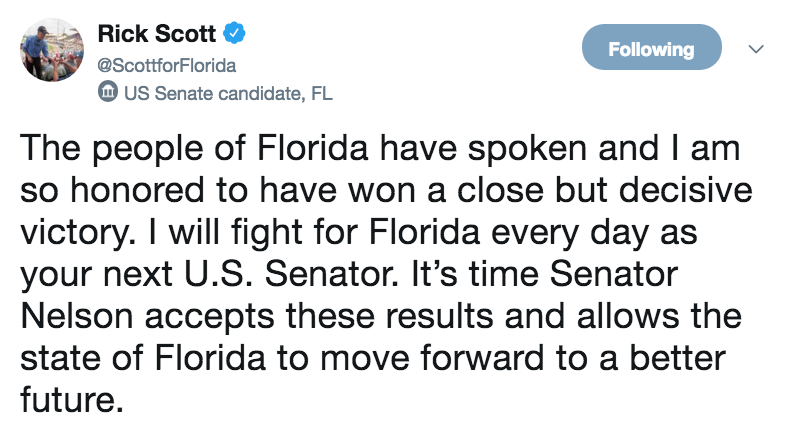 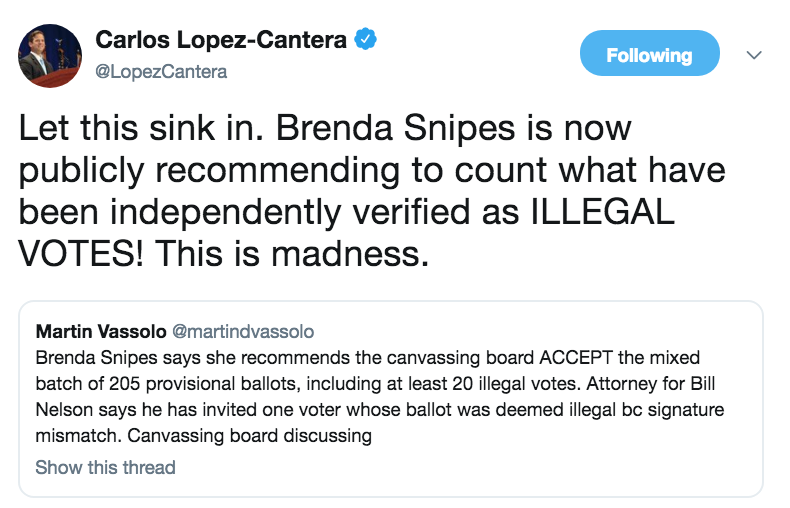 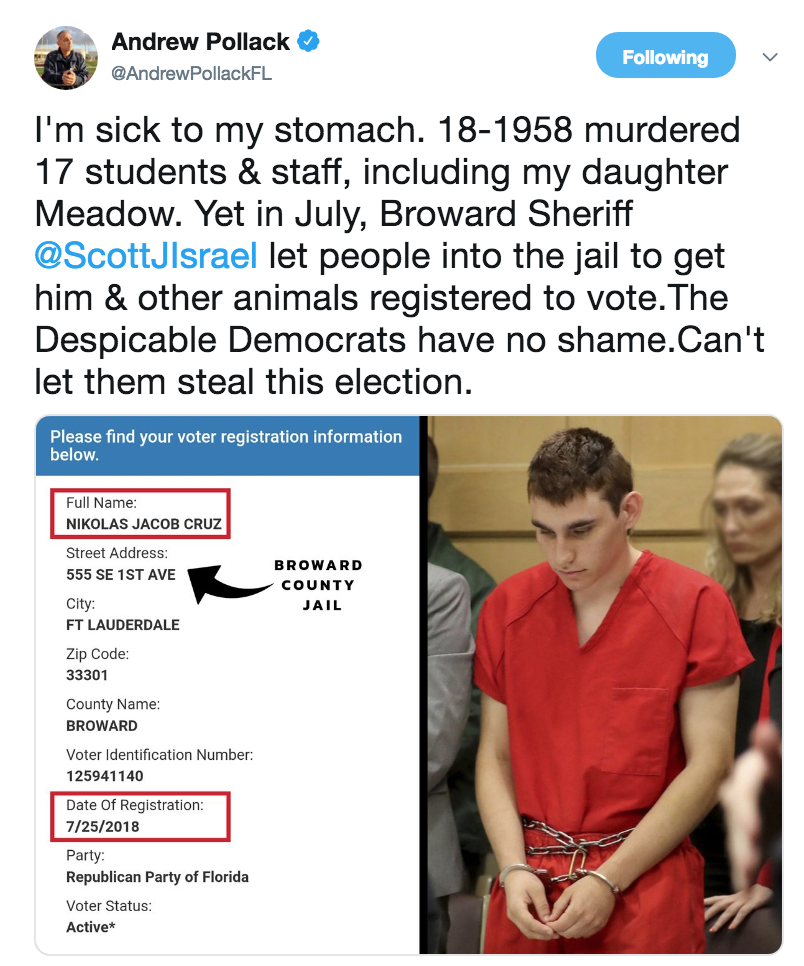 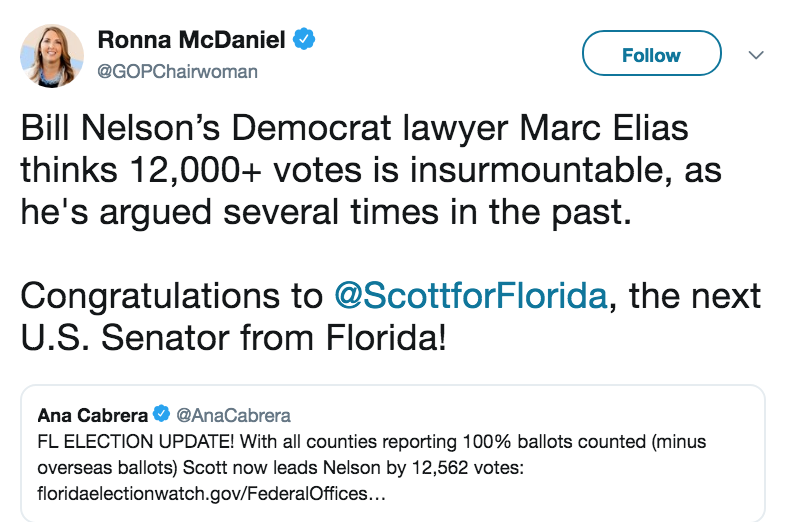 Scott for Florida Announces Team of Over 7,500 Volunteer Recount Representatives