As we expected, the judge made a very limited decision this morning. We have already filed an appeal. See our statement here:

One note of clarification based on early reports. Judge Walker’s ruling is EXTREMELY narrow. He says that Supervisors of Elections are “required to allow voters who have been belatedly notified they have submitted a mismatched-signature ballot to cure their ballots by November 17, 2018, at 5:00 p.m.”

The important word here is belatedly. This is a tiny subsection of the approximately 5,000 signature mismatched ballots. Put simpler, this is a very small number of ballots.

A couple notes on yesterday’s hearing in Bill Nelson’s suit regarding mismatched signatures:

As we near the machine recount deadline this afternoon, it has become clear to everyone (except Bill Nelson) that Senator-elect Scott’s 12,000+ vote lead truly is “insurmountable.”

A few statements of note from a recent Politico story for your consideration:

And a bonus CNN article with a headline that can’t be missed: Bill Nelson needs a miracle in Florida. It likely won’t come.

It’s also become clear that Democrats will stop at nothing to count illegally cast ballots – because breaking or changing Florida election laws is the only way for them to get what they want, regardless of the will of the voters.

In fact, yesterday’s report from Politico detailed how the Democratic Party altered official state election documents to essentially encourage and instruct voters to try to vote days after the legal deadline… what appears to be part of a larger strategy of sowing discord and playing games with the legal process.

What remains unknown: Will Bill Nelson, a Senator with a 42-year career in politics and public service, choose to let his legacy be tarnished and replaced by the image of an angry, bitter career politician more focused on clinging to his seat in D.C. than on respecting the will of Florida voters?

Governor Jeb Bush put it best: “Senator NELSON, please stop the lawsuits, let the votes be accounted according to Florida law and accept the results. Don’t tarnish your years of service to Florida.”

Tweets of the day, from Wednesday: 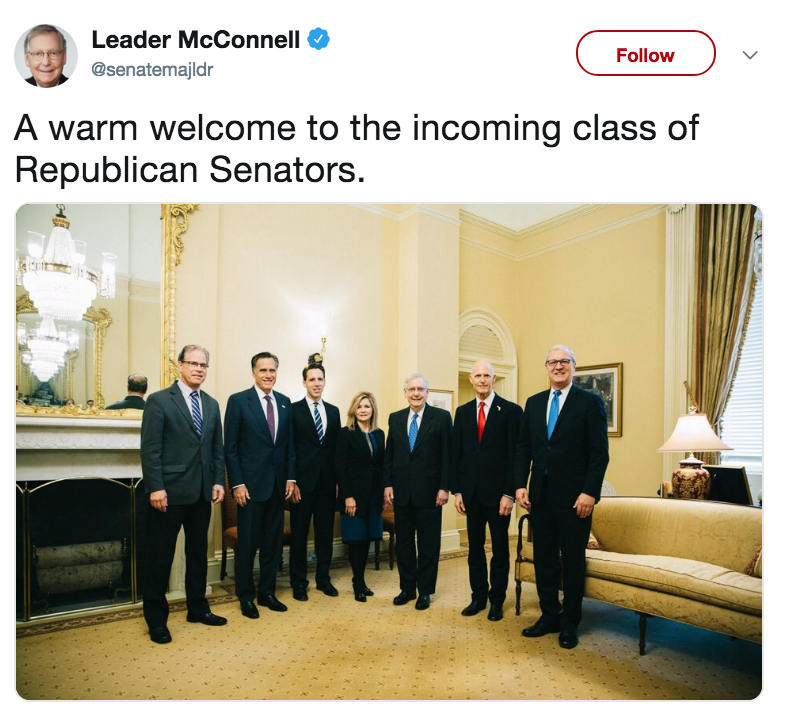 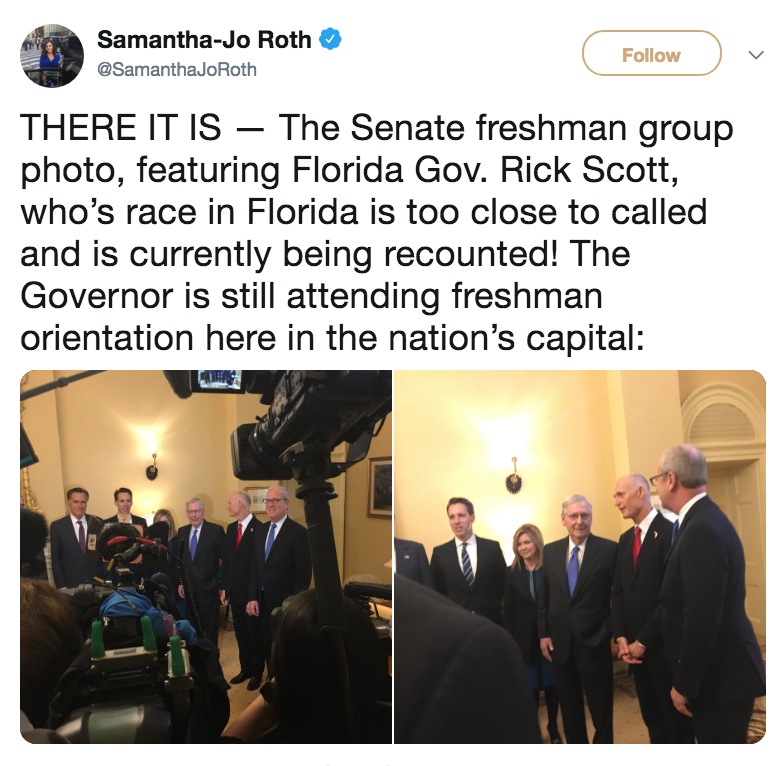 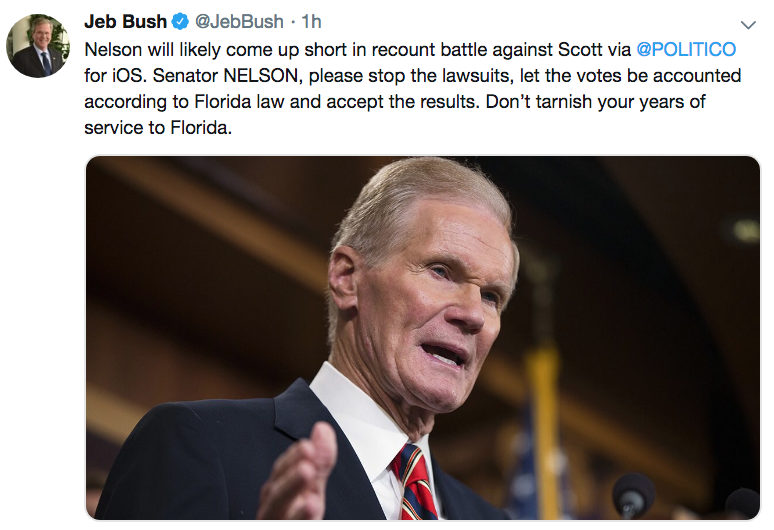 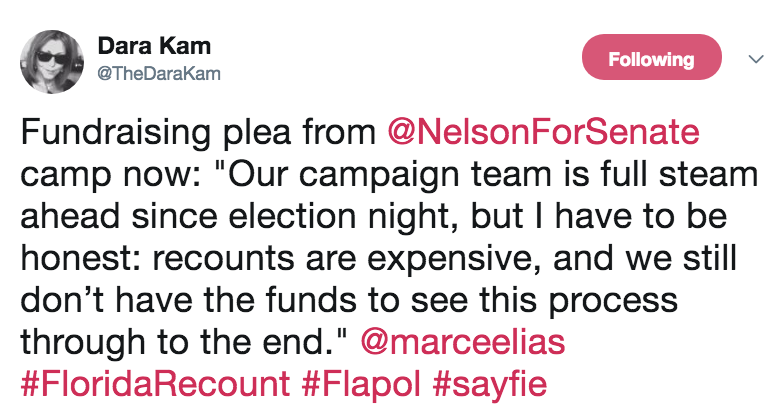 Why would Dems intentionally deceive voters?